Biographical Info Long Island, NY born and based artist, Loretta Oberheim, has utilized art to express her emotions throughout her life. Her passion began at a young age and grew when she met an incredible mentor her Junior year of high school at Marjory Stoneman Douglas High School in Parkland, Florida. She followed her love of creativity and attended the Fashion Institute of Technology in New York City, where she graduated with a B.F.A. in Textile/Surface design in 2006. She began working in the high-end floorcovering sector of the interior design industry upon graduation. Some of Loretta’s designs graced the pages of such prominent publications as Vogue, House Beautiful, Architectural Digest, Interior Design, and LUXE. Then in August of 2013, a life altering event occurred, which left Loretta with permanent brain damage to her frontal and temporal lobes, along with other permanent neurological challenges. That split-second moment took art out of her life. Unfortunately to her dismay, nothing that was manifesting in her mind would translate onto the canvas or paper. All the love, the appreciation, the years of training; her hand was gone. Finally, in December 2018, after multiple personal losses and forced changes, Loretta drove herself back into art. In a moment of deep loss, but of necessary acceptance, she created the painting “11:04”. Behind the layers of oil paint are doctors’ notes, tests, accident reports, letters, photos, disability forms, and illusions of grandeur. In the process of this creation, of letting go, her ability to create returned, but in a new form she had never explored before. This creation of contemporary abstract expressionism, that was a far cry from her traditional textile with gouache training from college. Loretta’s pieces have been on exhibit in galleries in NYC and Long Island. Loretta has also been featured on TLC’s hit show “Unpolished” for her creative, one of a kind “Heart” sculptures. She has created custom commissions for private residences and businesses across the country. Yet out of it all, one thing especially important to her is working as a Traumatic Brain Injury Advocate to help those understand some disabilities are unable to be seen. 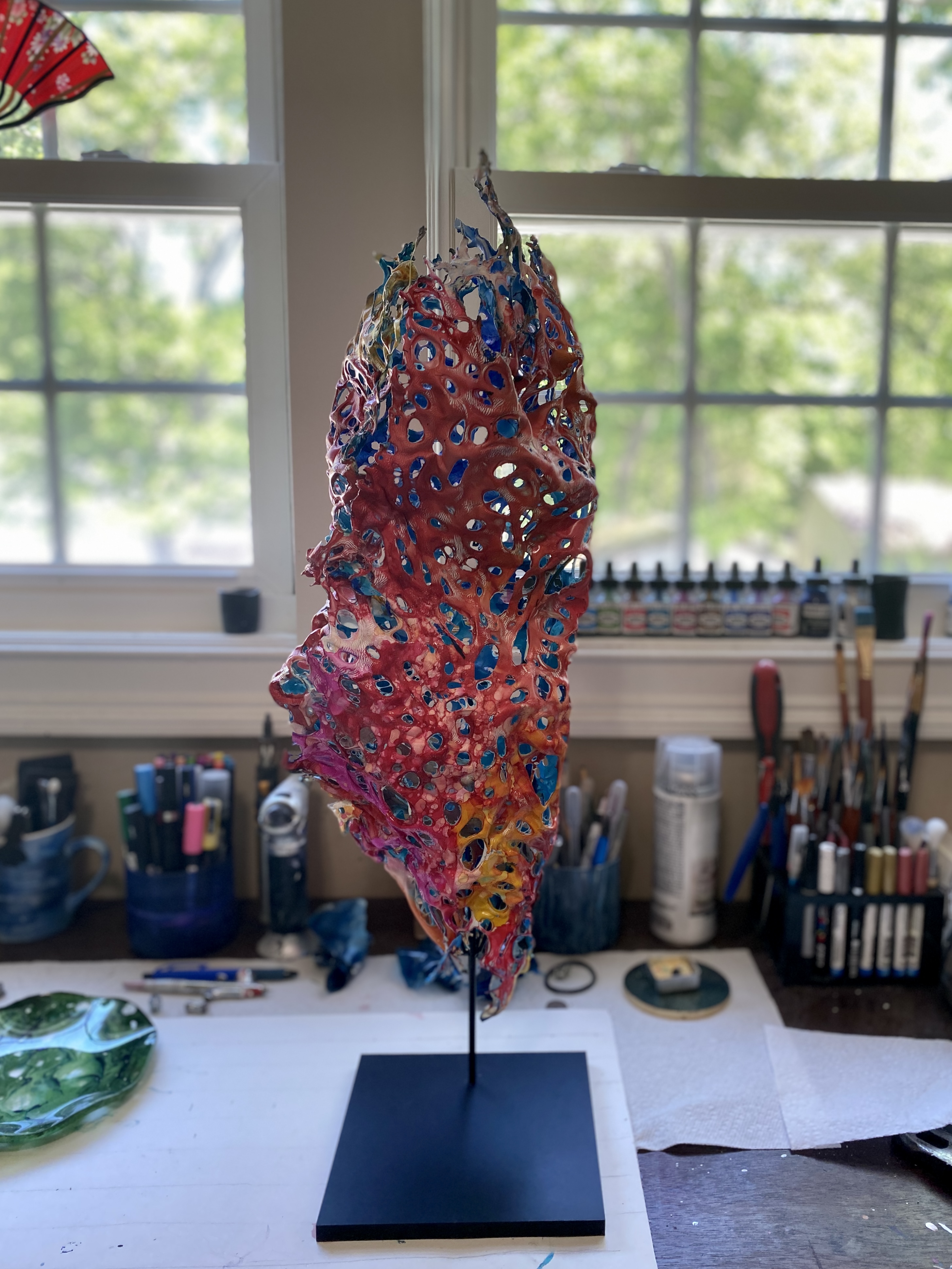 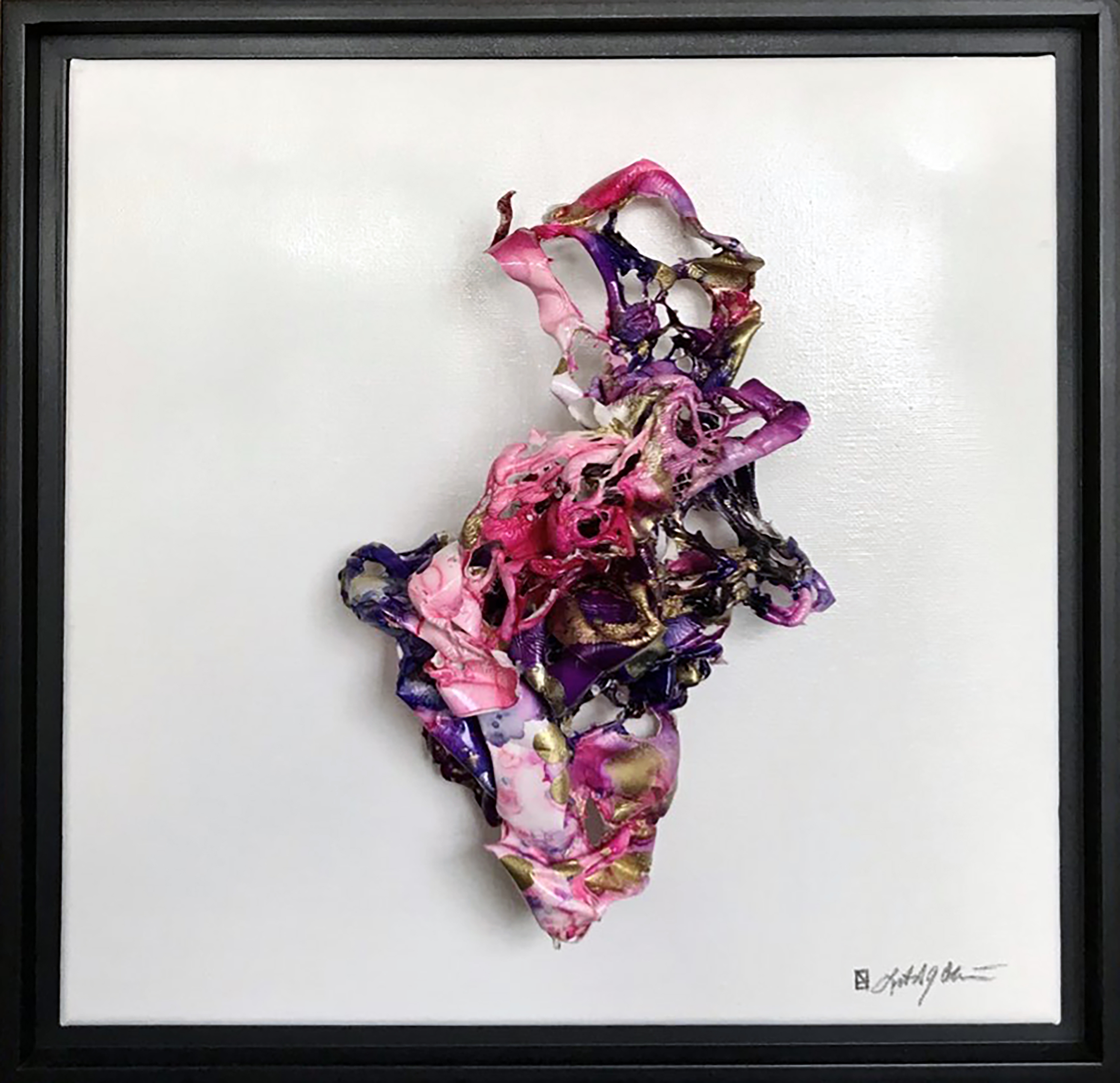 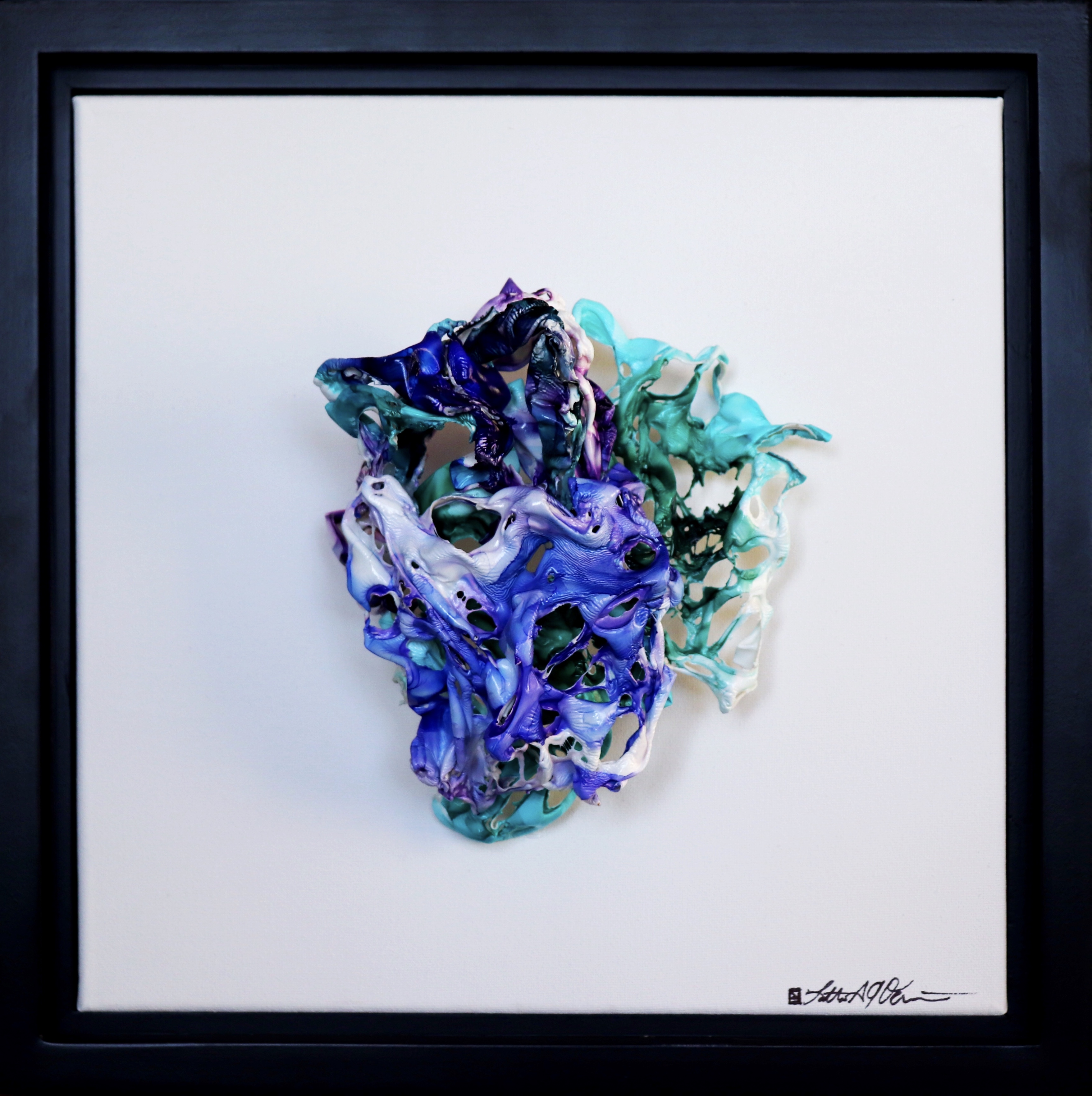 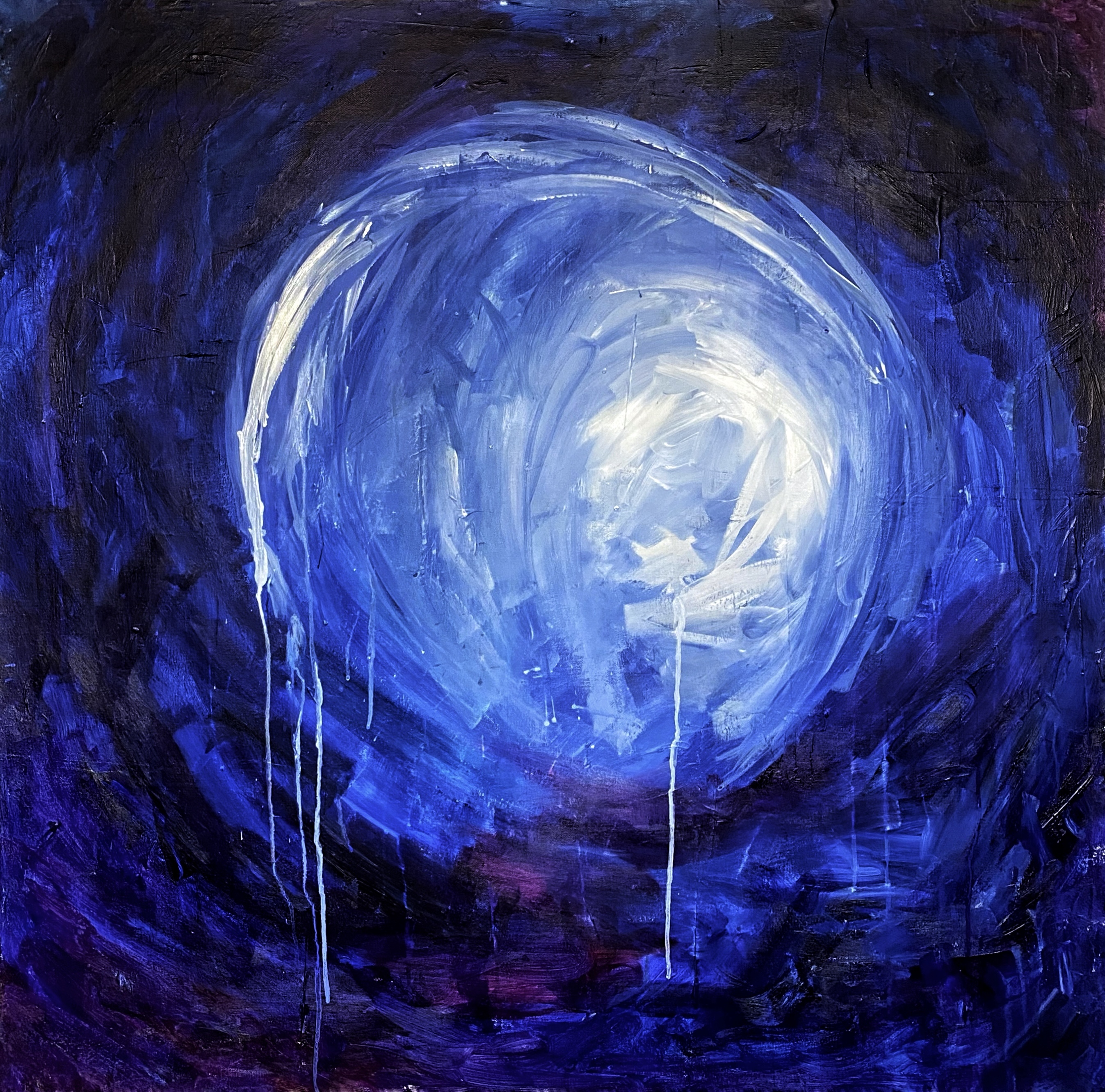